The project is the flagship of the Henri Charpentier brand for the Osaka region. The concept plays with the architecture of a typical French mansion, reflecting the DNA of the Henri Charpentier brand which creates high-end French-inspired pastries in Japan. This project was awarded a prestigious prize in Japan: the JCD Design Award given by the "Japanese Society of Commercial Space Designer".

Your email will be used to send you the newsletter of Studio Jean-Philippe NUEL. You will be able to use the unsubscribe link integrated in the newsletter at any time. To know more about the management of your data and your rights, consult our Privacy Policy.
Close 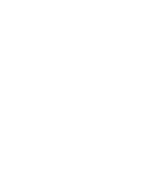 Sorry, the site is only available in portrait format